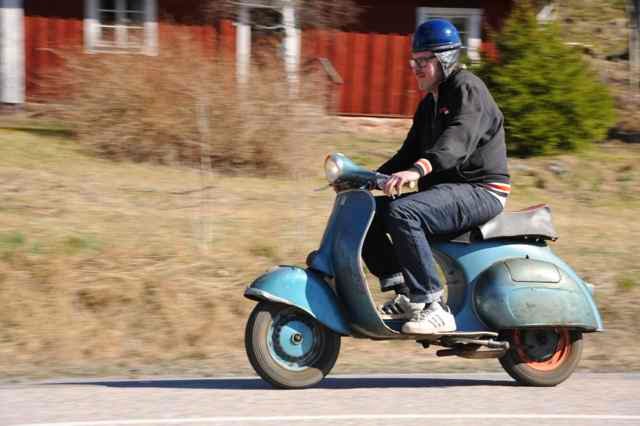 Except that it isn't new. It's a 1959 Vespa Touring, as they were called in Sweden. An export modell with the 6 hp/150 cc engine but with ten inch wheels.
It has been idle for some years but with some TLC it fired up.
It actually came with an older brother; a 1958 Vespa Touring, the orange one below. Some differences, the older one has the carburettor under the single seat. On the 1959 it's on top of the engine. Both had single seats when sold by the way. 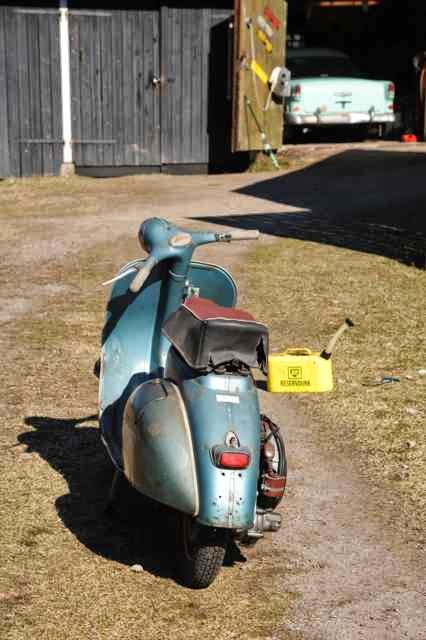 Other scooter stuff by me