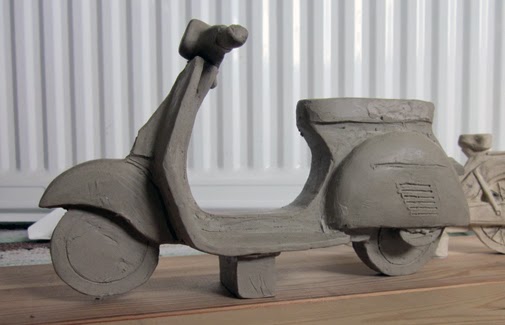 A good friend have been hooked on clay. It started with a moped and now he has made this Vespa. I hope there also will be a Lambretta later. Happy Easter! 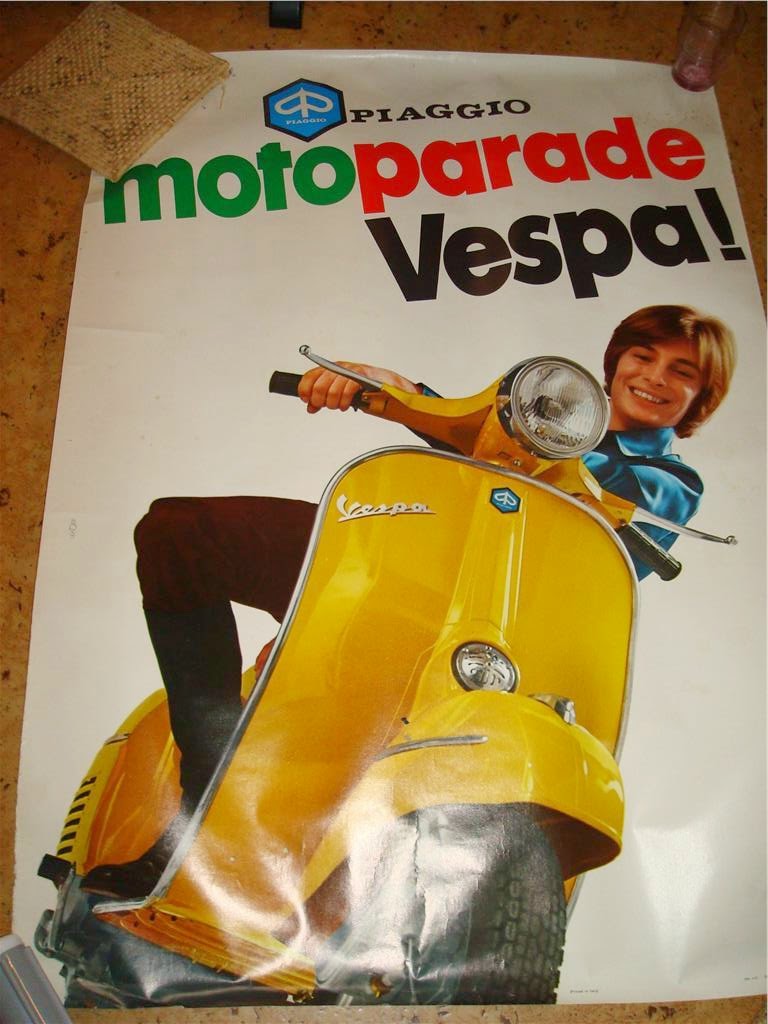 I've just purchased three lovely and genuine Vespa posters from the 1960's. They're from an old scooter/bicycle shop in the south of Sweden. The size is approximately 70 cm x 100 cm so they make quite an impact.
One of the girls seems to be sitting on a Vespa with a narrower front shield. An 50 SS or a 90 SS? 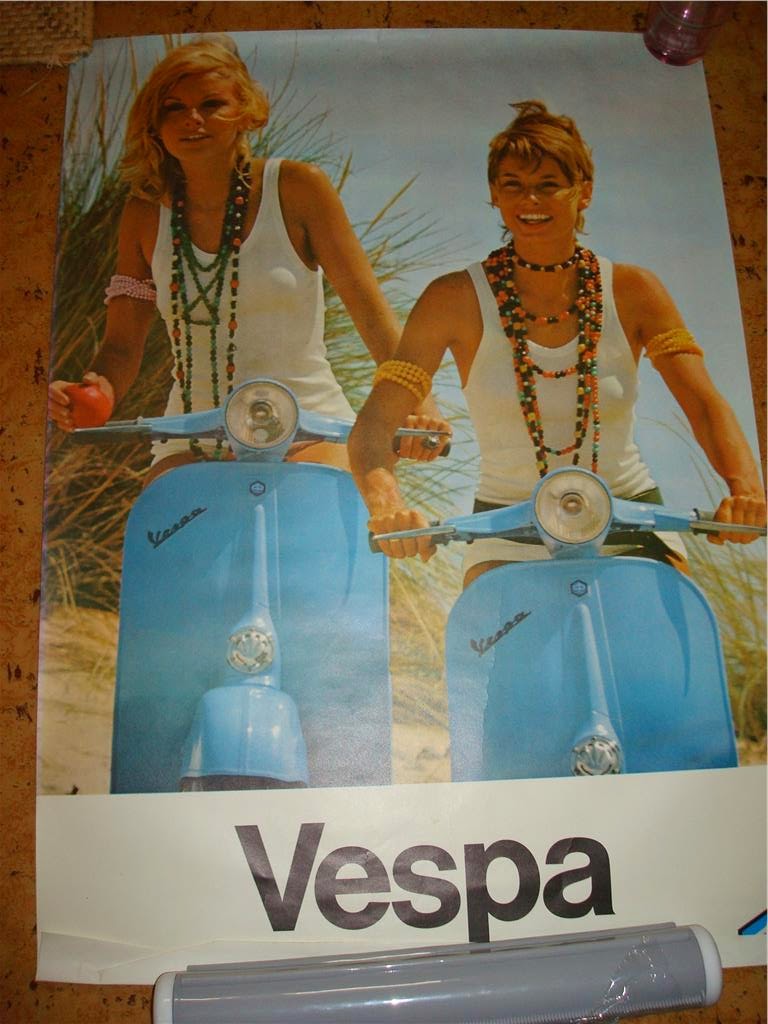 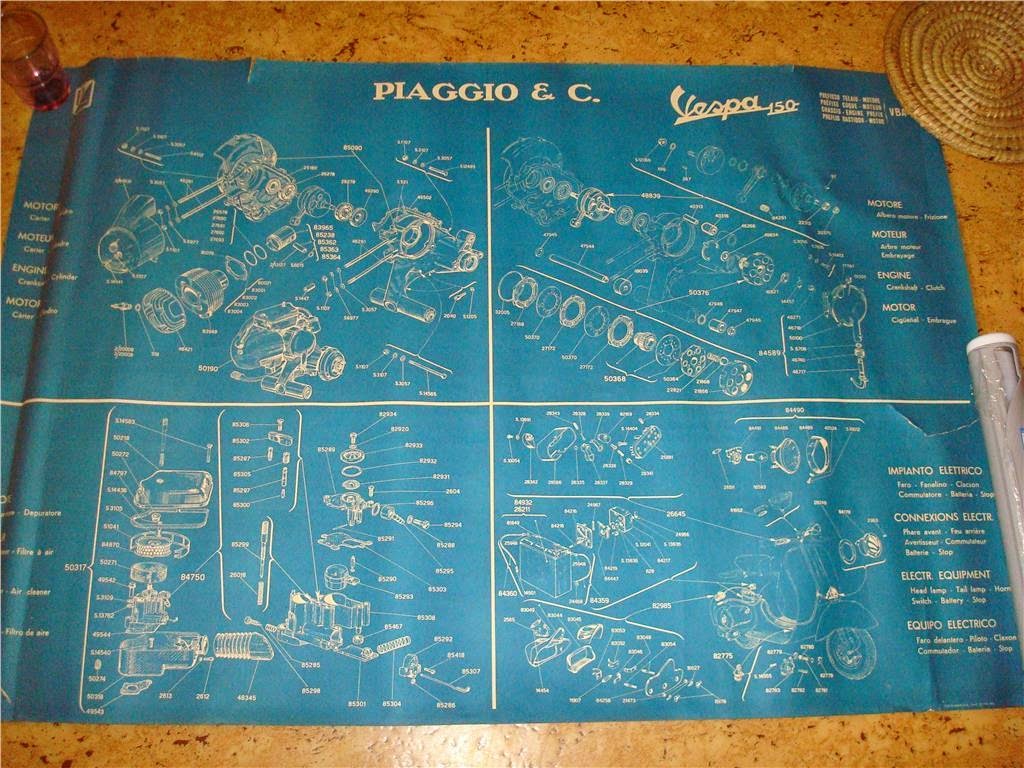 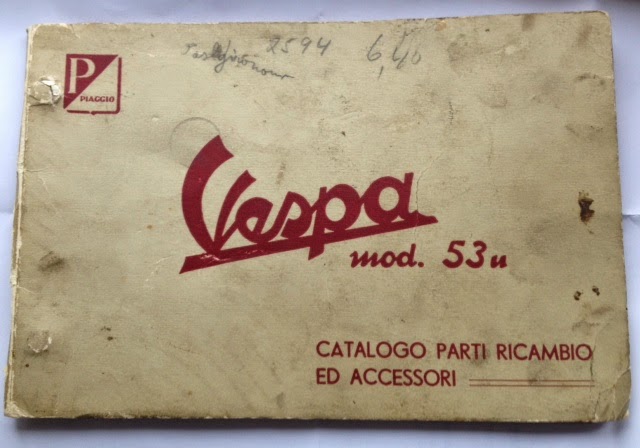 Here is a nice and original parts and accessories catalogue for the 1953 Vespa 125 U (Utilitaria). The registration number of the Swedish sold 125 U is scribbled on page three along with the telephone number to importer. Take notice that it is to the company "Fram-King" who were importers during the 1960's. So I guess this catalogue was passed on from the original owner to some of the next ones. Or, as the first owner had a brand new scooter he maybe didn't need a parts catalogue?
Nevertheless an interesting item of Vespa's history! 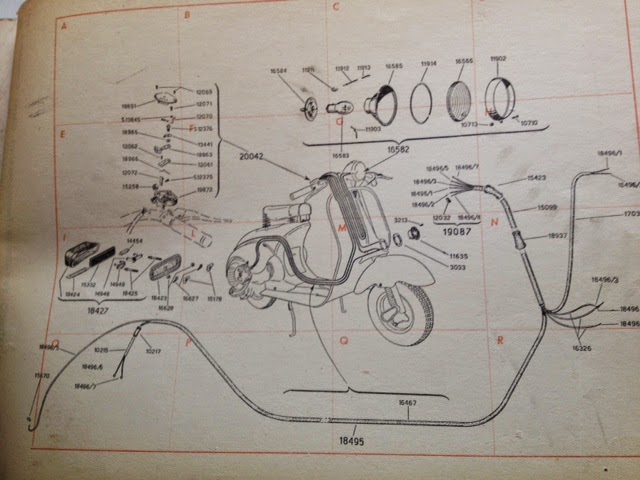 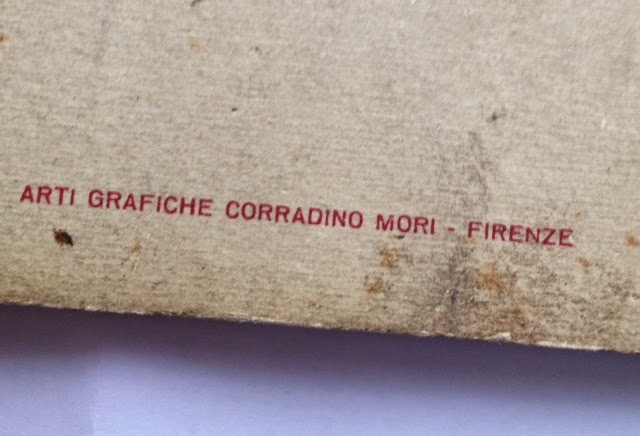 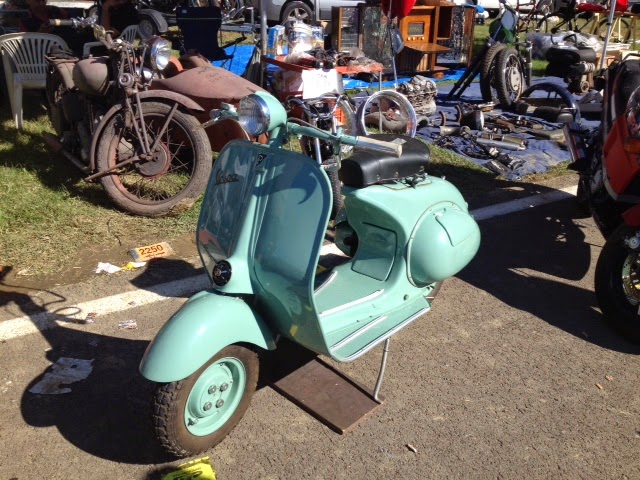 This picture was taken at the 2014 Imola mostra e scambio (show and fair). It has become a tradition to walk by this seller displaying his Vespa 125 Utilitaria from 1953. Restored but the colour feels a bit "minty". Or is it the camera or the computer?
This seller has repro items for 125 U, side cowls, petrol tank. Leftovers from the restoration maybe.
Upplagd av Seagrove kl. 12:37 No comments:

Email ThisBlogThis!Share to TwitterShare to FacebookShare to Pinterest
Etiketter: Utilitaria, Vespa 125 U

The Vespa in the forest 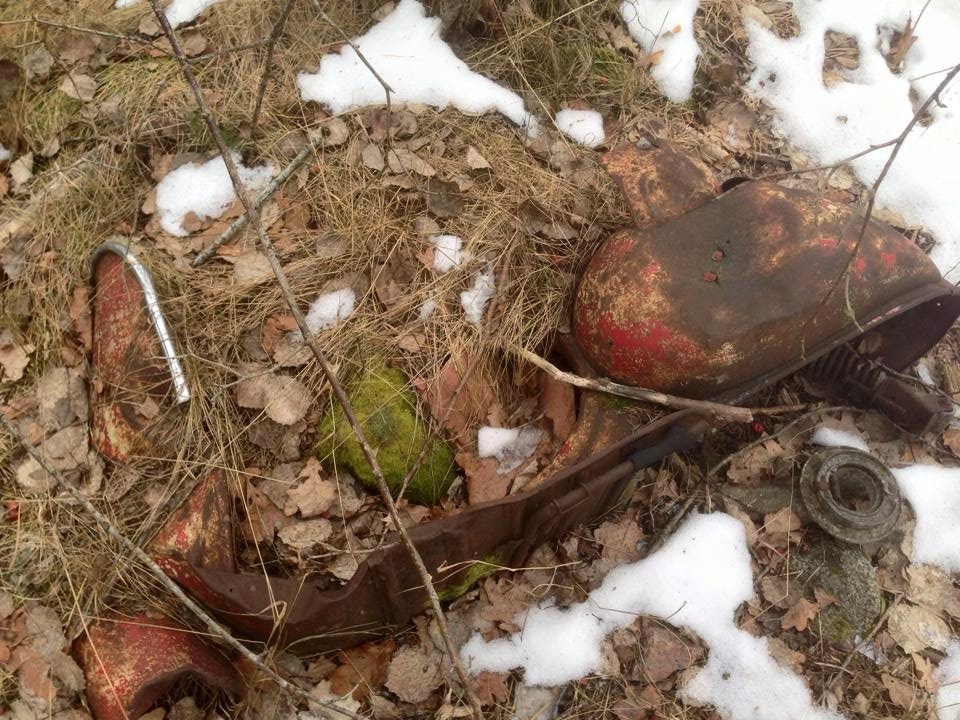 A good friend sent me the picture above. "I've found this Vespa while walking my dog in the forest" he told me. "But it's in very bad condition" he added. I of course told him that I wanted to pick it up and his response was "why?", the natural question from any sane person.
I was also tpld that it was stuck in the ground, due to frost. Anyhow I wanted to establish what model it is so we went to check. The initial guess was that it was a faro basso, a 125, but then a VGL or VGLA seemed most likely. The latter being to most common 50´s and 60's Vespa in Sweden.
Examining the Vespa I discovered some of the metallic blue paint typical for the Vespa Touring.
It has been stuck in the ground for 20-30 years is my guess. No engine but the swing with part of the brake drum is still there, and the stand. There is the remains of a house ground nearby, maybe it was "parked" by the house owners. Otherwise it would have been nicked a long time ago when it was in better shape.
I will dig it out, could be a nice garden statue! 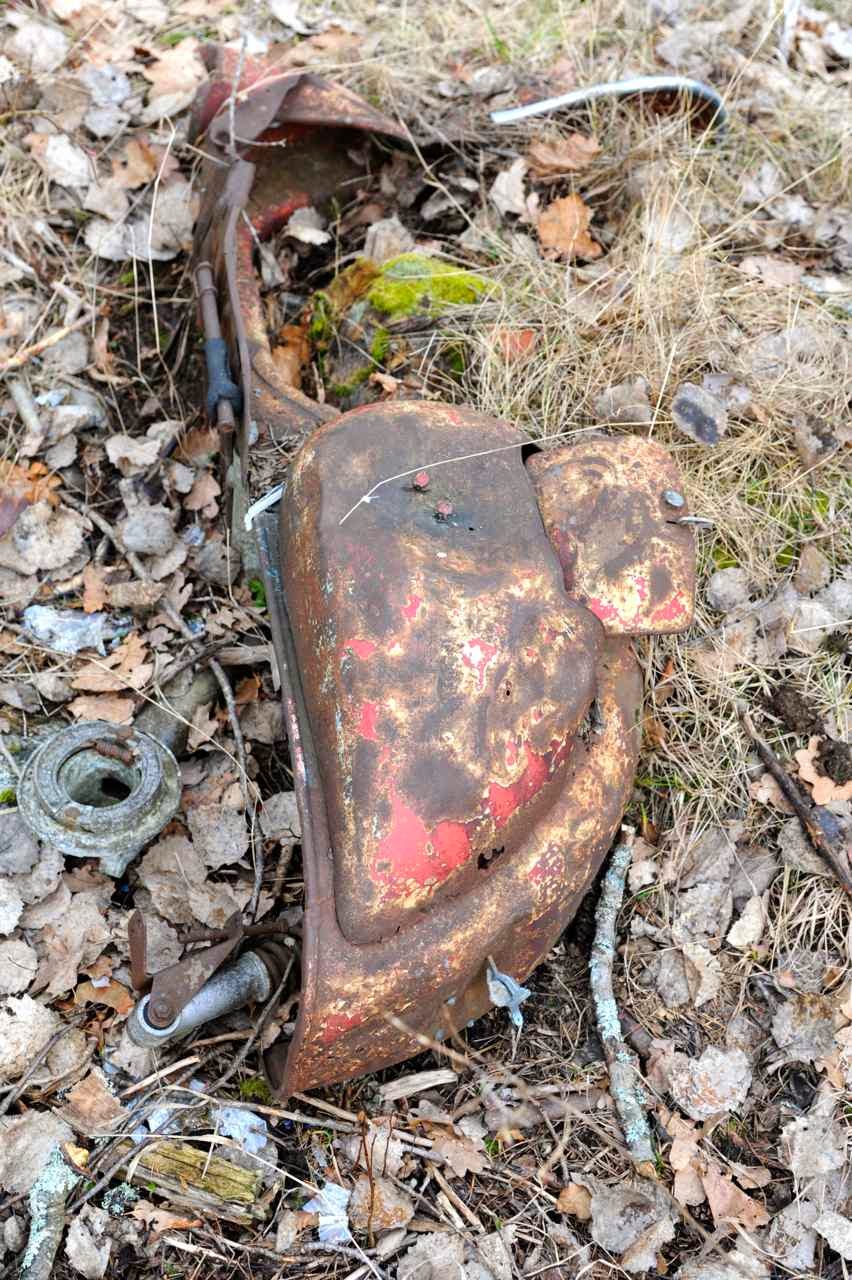 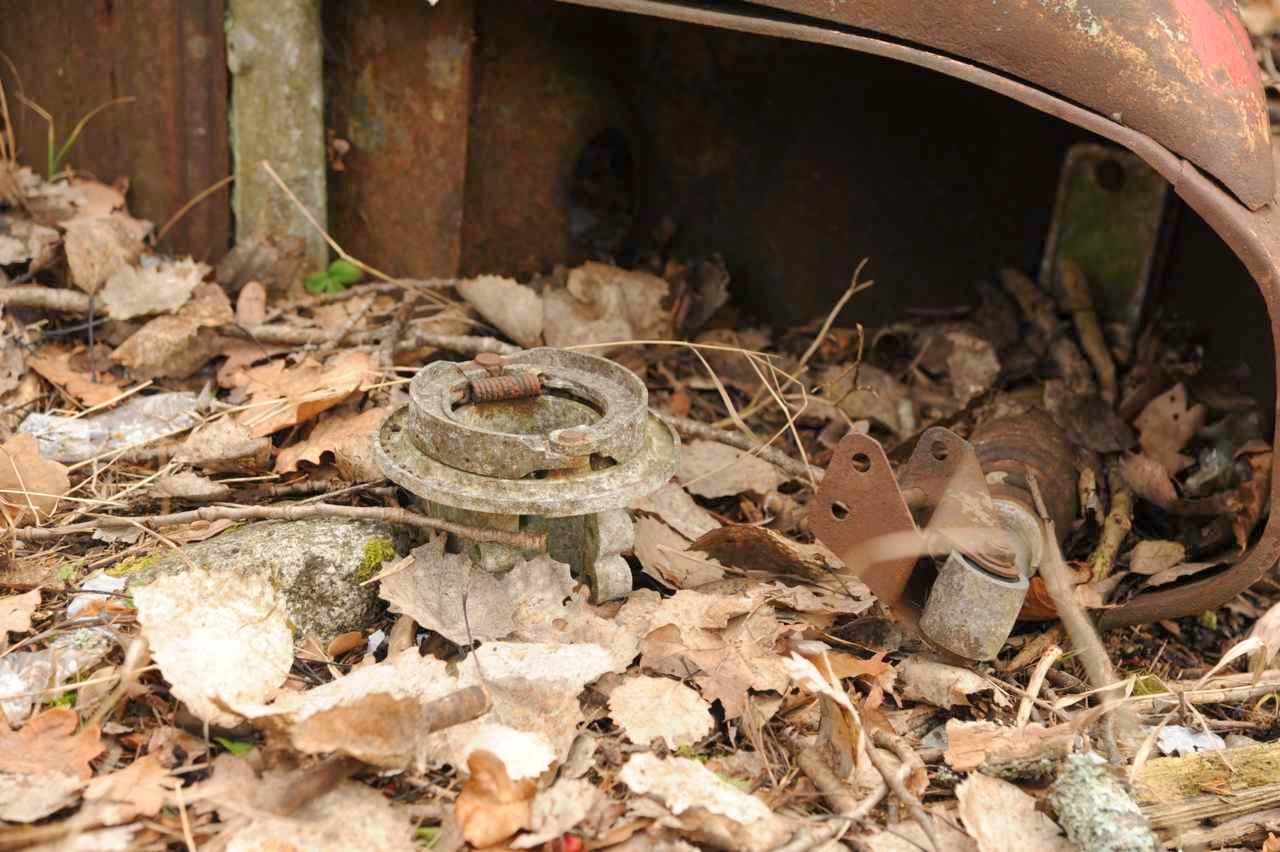 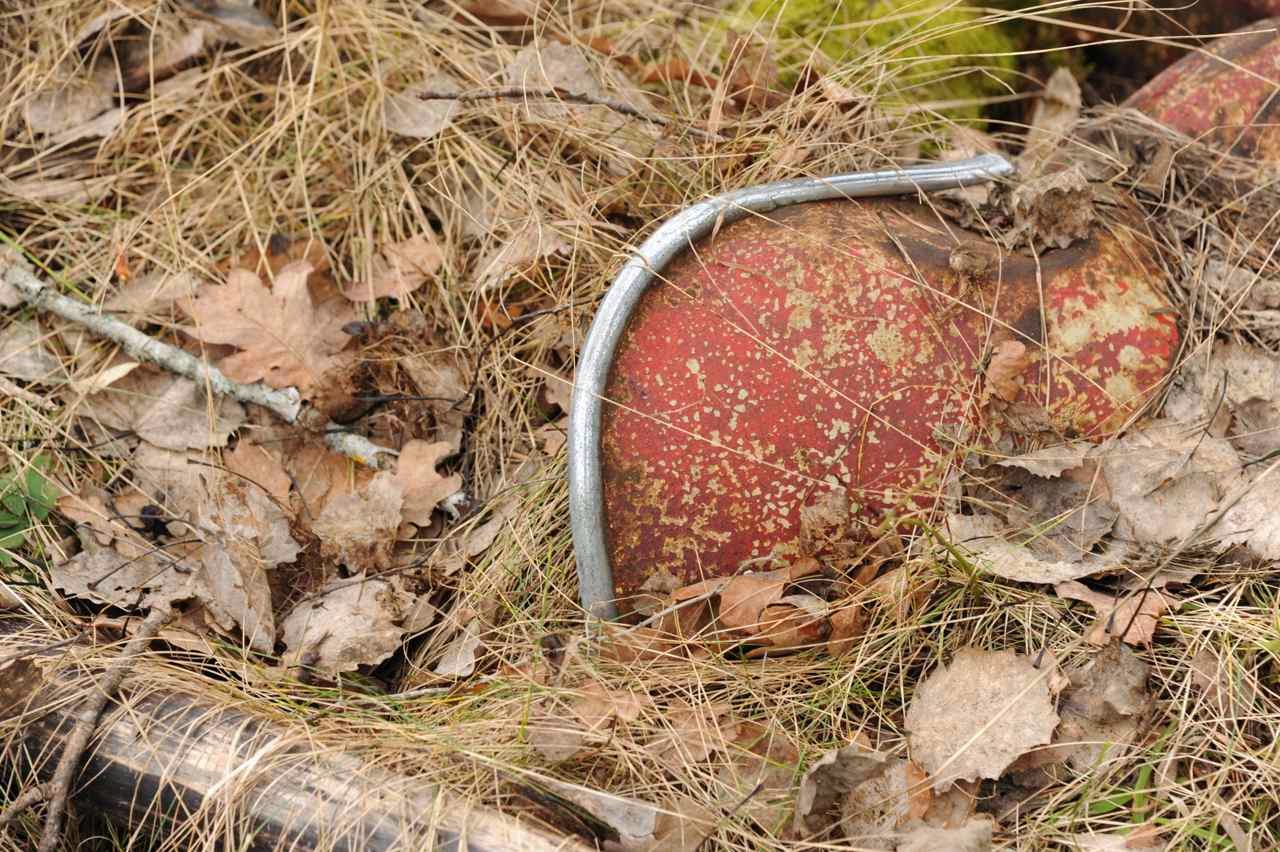 The Struzzo - It's a Vespa VL2


I managed to buy the Vespa "Struzzo" that was up for sale, in Sweden they we're sold under the moniker "Super". I thought we only got the VL3 to Sweden but this is actually a VL2, produced in 1955. The seller had started some "restoration", sand blasting and then applying grey primer. I'm not entirely happy with that.
Next step is to trace it's registration. Then we'll see...

Girl on a Vespa Struzzo 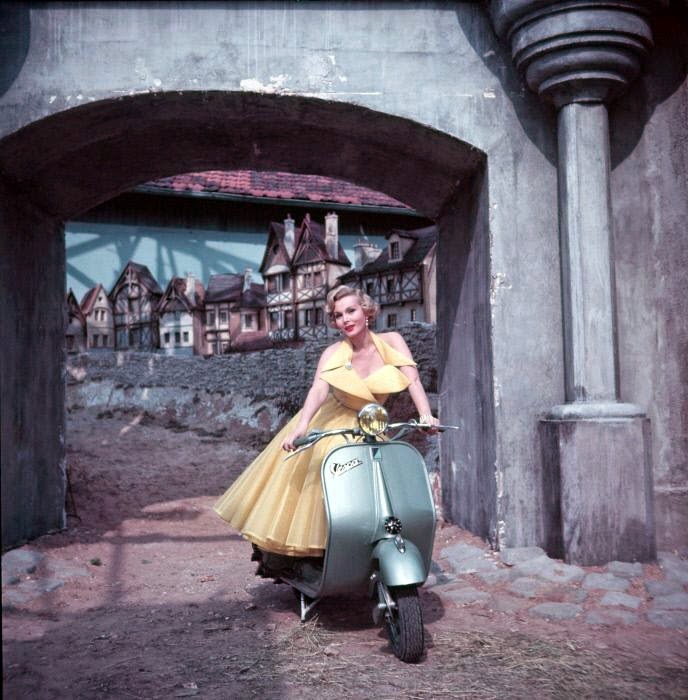 This is a promotion picture from Piaggio. It looks like a Vespa 150 (VL1-3) but with another colour then standard light grey. Is it an Acma from France? The yellow headlight might indicate that.
Upplagd av Seagrove kl. 09:43 No comments:

Other scooter stuff by me